⇒ Viruses are the obligate intracellular parasites, i.e. they strictly require a living host or living cells for the growth and multiplication, so they cannot be grown on an inanimate culture medium.

⇒ Three methods are employed for the cultivation of viruses:-

⇒ Embryonated hen’s eggs (7-12 days old) are used for the cultivation of viruses in the laboratory. 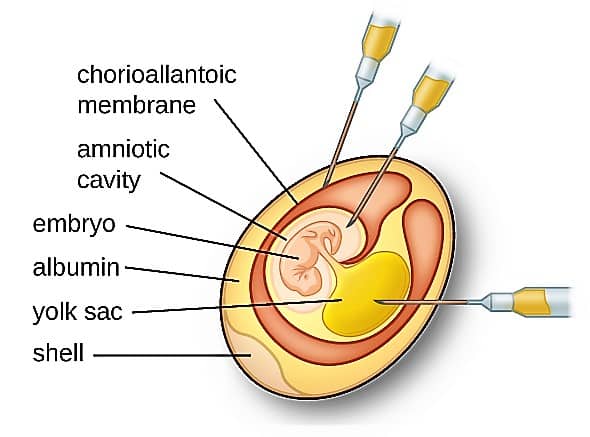 ⇒ After inoculations, eggs are incubated for 2-9 days.

⇒ Tissue culture is the most common method employed for the propagation of viruses in the laboratory.

⇒ Tissue culture & cell culture are the terms used interchangeably for this method.

What Are the Potential Side Effects of Laser Lipo?

What Effect Does Bullying Have on Mental Health?

How to Cure Gum Disease at Home Without Going to a Dentist?

What Is A Smart Cradle And What Are Its Uses?

How to Instantly Fall Asleep After Drinking Coffee? (5 ways)

How to Manage Depression?