MYCOLOGY is the branch of microbiology that deals with the study of Fungi and Fungal diseases.

⇒ All fungi are Eukaryotic protists.

⇒ They may be Multicellular (Moulds) or Unicellular (Yeasts).

⇒ They are chemotropic organisms i.e. obtaining their nutrients from chemicals in nature.

⇒ Water, soil, and decaying organic debris are the natural habitat of fungi.

⇒ Their cell walls contain Chitin, Mannan, and other polysaccharides.

⇒ They reproduce Sexually, Asexually or by both processes.

⇒ They are non-motile, cells show various degree of specialization.

⇒ They grow as branching filaments called Hyphae, usually 2-10 microns in width, which may be septate or non-septate. 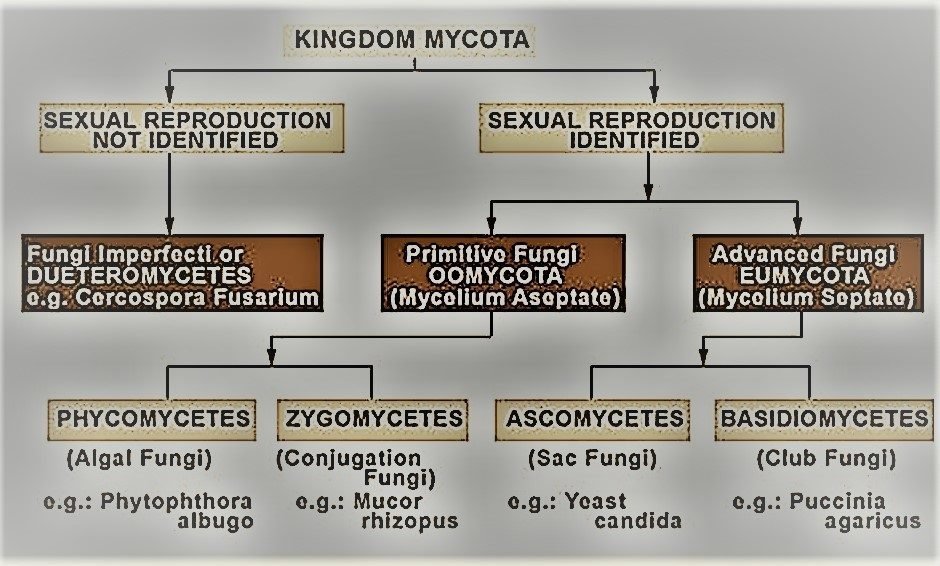 Fungi are classified as follows:-

A.) MORPHOLOGICAL CLASSIFICATION OF FUNGI

⇒ From a diagnostic point of view, fungi may be classified depending on cell morphology into four groups:

B.) TAXONOMICAL / SYSTEMIC CLASSIFICATION OF FUNGI

Fungi are placed in phylum Thallophyta. This classification of fungi is based on the sexual spore formation. There are four classes of fungi as follows :

⇒ Infection caused by the fungus is known as Mycoses.

⇒ Based on the pathogenic potential, fungi may be considered as :

⇒ Pathogenic fungi may cause:

When Is the Good Time to Visit an Urgent Care for Vomiting?